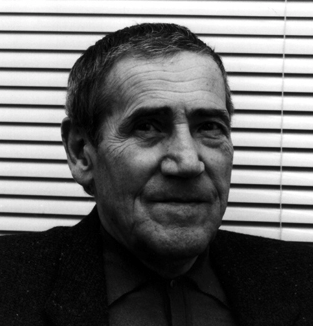 "Hans Coray was raised in Zurich, where he completed a doctorate in Romance languages. In the 1930s he began to experiment with metal and wire as an autodidact, applying these techniques to the design of furnishings, industrial products and sculptures. He was closely associated with the artists of Dada and the Concrete Art movement in Zurich, a circle including Max Bill, Verena Loewensberg and Hans Fischli. In the summer of 1938, Hans Fischli, who had studied at the Bauhaus, encouraged him to develop models for the official chair of the 1939 Swiss National Exhibition – designs that 'should be new in every way'. Over a short period of time, Hans Coray developed two prototypes for 'an all-aluminium chair that can be stacked vertically'. His aim was to create a lightweight and graceful chair that combined an inviting appearance with outstanding comfort. As the first of Coray's seating designs to enter production, the Landi Chair became a milestone in design history. An adherent of humanist values, Coray continued to create furniture into the 1950s, turning his attention in the later years of his life to painting and sculpture."