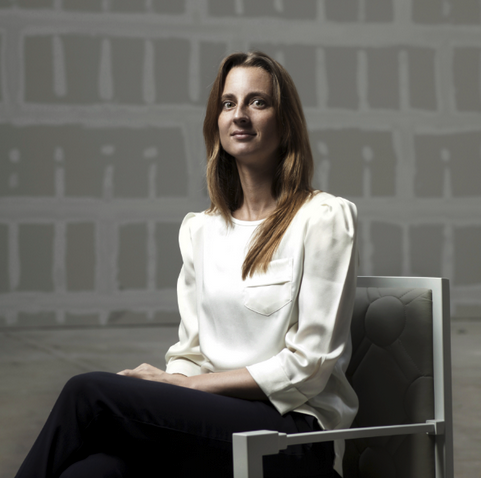 "Kiki van Eijk's career began in 2000 with her hand-knotted carpet "We're living in a doll's house" - better known as the "Kiki Carpet" - with which she graduated with distinction from the design academy in Eindhoven. Ever since she presented herself as Alice in Wonderland on the enormously enlarged rose pattern, she has been a rising star on the Dutch Design firmament. And her studio, which she shares with partner, designer and love of her life Joost van Bleiswijk, is growing along with her. These days, the couple is working in a former Philips paper factory in Eindhoven, with their own carpentry workshop, metal workshop, showroom, offices, etc. It's very impressive but the pieces are as simple and playful as thirteen years ago. On shelving units, pieces for a chic French fashion house are waiting to be painted. With miniature boats, horse reins, little bales of straw and models of an old coat, the place exudes the atmosphere of a toy shop rather than a design studio. Kiki appears to have returned to the doll's house where it all began."