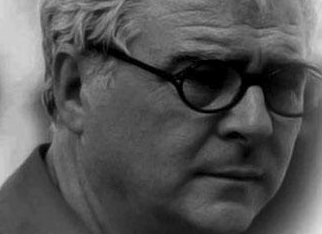 "Born in Venice on February 24 1931, Luciano Vistosi grew up on the island of Murano where his family owned glassworks that produced industrial products. When his father died in 1952 he stopped his studies and, together with his uncle Oreste and brother Gino, founded the new Vetreria Vistosi with the aim of creating products that were linked to more current research in the field of design. The Vetreria Vistosi established business relations with some of the greatest designers of that time. Together with designers such as Aulenti, Zanuso, Magistretti, Sottsass, Peduzzi Riva, Dal Lago, Meronen Beckmann and Mangiarotti the production concentrated mainly on the lighting sector. Luciano Vistosi’s work also led to the creation of new products such as his various series of lamps including Neverrino, Bissa e Bissona, and Onfale, to name but a few. Following the premature death of his uncle Oreste and brother Gino, the Vetreria Vistosi was sold. Luciano Vistosi’s artistic life began in the glassworks and subsequently developed autonomously. His first one-man exhibition took place in 1968 at the Alfieri Gallery in Venice. At the end of the 1960s he focused his attention on blown glass. His first great sculptures were created in the glasswork furnaces in the early 1970s. From this moment on Vistosi alternated the diverse techniques he had experimented with, resulting over the years in sculptures of blown glass and blocks of sculptured glass. Luciano Vistosi is a figure of great importance in the Italian art world. Some of the most famous Italian photographers such as Ugo Mulas, Gianni Berengo Gardin, Paolo Monti and Franco Fontana have interpreted the innovative character of his work with their pictures. Luciano Vistosi lives in Venice and works in his atelier on Murano"